Farkhod Aminjonov graduated from the MA Programme in Politics and Security in 2009. In less than ten years Farkhod has had numerous achievements to add to his academic and professional portfolio. In 2015 Farkhod received his PhD and today he is one of the better known energy experts in the region. He taught the Energy Module for the OSCE Academy MA Programme in Economic Governance and Development this year. Currently Farkhod works at the Narxoz University and is affiliated with a number of research projects, and institutions. In this interview, Farkhod shares how he achieved it all and how he manages to keep up with it.

Q: Farkhod, when did you realize that ‘energy’ is a topic you would like to study and research?

This is one of my favored stories. I often tell it to my students while introducing myself in the beginning of courses I teach. It was a Fall Term 2009, at the OSCE Academy, during a Module on Energy Politics taught by Indra Overland from NUPI, when I decided to link my research and career to studying energy.

This is what I share with my students (based on true story):

“When I applied to the Academy, I proposed to study ethnic minorities in Central Asia. I thought that with human rights and democracy related topic, I would have a better chance to get a scholarship to the OSCE supported academic institution. But, when Indra Overland delivered a very dynamic, thought-provoking and incredibly interesting Module on Energy Politics, I thought to myself: this is something I would like to work on. It’s now been almost ten years that I study and research energy with a particular focus on Central Asia. And, I love my job!”

Q: Oil and gas industries, for example, attract many young people to business sector. But you decided to look at it from academic perspective. Why academia?

I often get this question. However, I think just because one is interested in energy politics and security, does not necessarily mean that he or she can be successful in a oil and gas business. For some reason, I never imagined myself working in a business sector. Now, I am afraid, it is a bit too late. I very much enjoy the academic flexibility to study whatever I want, but more importantly whenever I want. I think I am already diagnosed with the chronic disease of all people working in academia — inability to meet deadlines. In business, this can be a fatal mistake to your career. And, I very much enjoy teaching, especially when all the discussion with students somehow lead to cases from the energy sector.

Since you brought this question up, I think I would not mind working for a short period as a consultant in or with an energy company (to make some money), but I think in the end, it is the academia where I feel myself comfortable.

Q: Besides your main job you are also engaged in a number of projects. Could you shortly describe the main ones?

I never thought that a scholar’s life could truly be adventurous. Some of the projects, which I was part of, proved me wrong.

I was invited by a unique program to participate in the “Study and Dialogue Programme for Asian Experts on Climate and Energy” organized by the Konrad Adenauer Stiftung. We met CEOs of leading energy companies and institutions, Parliamentarians of the European Commission, and leading experts in digitalization and smart energy systems in Brussels, Bonn, and Berlin.

This summer, I led a team of scholars working on water-energy issues for the expedition “From the Glaciers to the Aral Sea” organized by the Swiss Agency for Cooperation and Development, Kazakh-German University and International Fund for Saving Aral Sea. During the three weeks of the expedition we crossed the territory of four Central Asian countries (7000 km) by car. We reached the roof the world—Pamir mountains and several glaciers; visited the largest water reservoir in Central Asia— Toktogul in Kyrgyzstan and the highest hydropower plant in the world— 300 meters high Nurek HPP in Tajikistan; studied water distribution networks of the Syrdarya basin in Uzbekistan; and discussed the Aral Sea catastrophe sitting on the Kokaral dam (Northern Aral Sea) in Kazakhstan.

Another memorable study trip was a conference on the “Tran-Siberian Express” going from Irkutsk to Vladivostok. We discussed the “New Silk Road and Future of the Regional Cooperation” for three days with the final stop at the branch of the Russian Academy of Science in Vladivostok. Three day on the train, looking out of the window at charming views on the never ending Siberian forests while discussing Silk Road Economic Belt initiative and sharing interesting stories with each other was a fascinating experience.

I was in Afghanistan for a fieldwork in February 2016, when the Taliban, for the first time since they were in the country, attacked the pylons of the electric power transmission lines and cut Kabul city off of the power supply from the Northern Central Asian neighbors. I consider this field research, supported by the Friedrich Ebert Stiftung Afghanistan, in which I studied Central Asian countries’ contribution to Afghanistan’s energy security from inside Kabul, as one of my most important research projects as a scholar.

Q: You also have a family? How do you manage your time?

Yes, I have a family. I love my wife and two beautiful girls (Korlan and Arisha) so much.

Regarding the second part of your question, there are three important things in my life that I often struggle to balance: family, work, and my hobbies (jogging and hiking). I do not know why, but there is always a trade-off between these three priorities. Perhaps, twenty-four hours in a day is not enough. Or, my expectations are too high to be in all three directions simultaneously. Here is my recipe for managing my time. Because, I often have to prioritize two of them, I respond to worrisome signals. When I gain extra weight, I revive exercise and go hiking more often. When I feel I am falling behind in my career development, I start applying for projects. When I start receiving complaints that I spent too much time working and my wife in protest stops making draniki for breakfast on Sundays, this is a clear sign that family needs me. Tak i zhivem!

Q: What was a dream-job for ten-year-old Farkhod? Did you ever think you will become a scholar?

Like never. I always wanted to be a lawyer. The Hollywood movies with scenes of court hearings where lawyers hypnotized the jury with their speeches winning legal cases, were my favorites. That is probably why I decided to study International Law at the University of World Economy and Diplomacy (UWED) in Tashkent. I wanted to work in an international law firm, represent clients at court, and always win cases. After graduation from UWED, I applied to five MA programs, mostly in law, abroad. I was accepted to four of them. However, none granted me a scholarship. The only place that provided a scholarship was OSCE Academy. So, I decided to take my chance, which I don’t regret a second. Studying at OSCE Academy change my life. I love my job.  You know what I think. What I liked the most about the lawyers in the movies was their ability to win all the debates and discussion. Now, I engage in the discussions with students almost every single day. Guess who wins most of the time.

Q: Do you have a role-model or someone who motivates you to move forward and achieve even more?

No. Absolutely not. I do not like to compare myself to someone. And I never do. Everyone has his or her own life to live through. I have my own goals. I think that I know what I want to achieve in my life, when and how. Trying to get as far as possible in my life journey will always be good enough for me!

Q: What are you plans for a near future?

Ok. I think my near future plans are:

1. Get a job either in China or in one of the Middle-Eastern countries to study energy
sector governance in those regions.

2. Take my photography skills to the next level.

3. Take a holiday, and spend the laziest two weeks of my life somewhere by the
Indian Ocean. 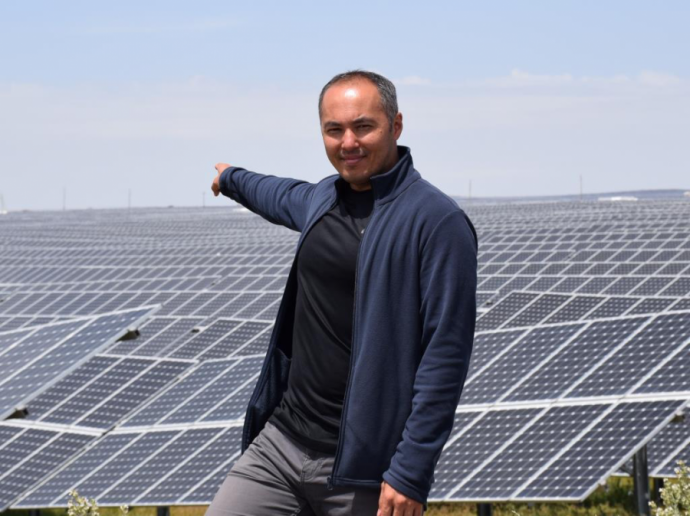