On 7-10 July, Niva Yau, Associate Research Fellow of OSCE Academy, attended the STEP UP Forum organised by the Civil Society Development Association (ARGO) as a speaker in Almaty, Kazakhstan. The STEP UP Forum brought together a number of Central Asian NGOs from the Central Asian region to discuss transparency, enabling environment and partnership. The events were conducted in a hybrid manner, with key note speakers and heads of NGO representatives who gave speeches in person, and others participated online.

Ms Yau participated as a speaker at two panel. The first panel South-led Think Tank and Network on Belt and Road Initiative, moderated by Dosym Satpayev, sinologist and Director of the Consulting Company “Risk Assessment Group”, concerned the impacts of China’s initiatives on Central Asian states. Alongside Eugene Simonov, International Coordinator of the Rivers Without Boundaries Coalition, Batsugar Tsedendamba, Consultant of IRIM, Central Asia Regional Steward to the Innovation for Change Global Governance Circle and Temur Umarov, Research Consultant at Carnegie Moscow Center, Ms Yau discussed the industries in Central Asia which will attract the most Chinese investments and the risks and opportunities that will be presented to local communities. The second panel, Environmental aspects of the Belt and Road Initiative in Central Asia, moderated by Eugene Simonov, concerned the effects on environment in Central Asia as a result of the Belt and Road Initiative. Ms Yau presented her research on Chinese investments and political motivations in the renewable sector in Central Asia. 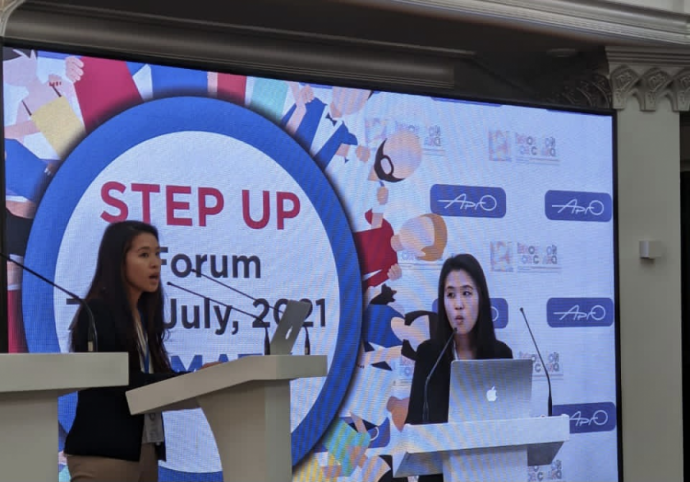