On 25 June the OSCE Academy in Bishkek hosted two online-lectures: ‘Russian foreign policy in Central Asia’ by the Head of the Foreign Policy Group of the Embassy of the Russian Federation in the Kyrgyz Republic Mr. Artem Romanov and ‘Russian Policy in the Eurasian Space’ by Pierre Chabal, Dr of Science in Political Science, Professor, Le Havre University.

During the session Mr. Romanov presented key aspects of Russian foreign policy in Central Asia, including cooperation within the framework of the Eurasian Economic Union and the Collective Security Treaty Organization. He also addressed the role and approach of Russia in developing trade, as well as in military-technical and humanitarian spheres in the countries of the region. The presentation was followed by a lively discussion, where students addressed plenty of questions regarding different topics, like role of Russia in democratization in Central Asia, stabilization process in Afghanistan, Russian language promotion policy, cooperation with China within CSO, etc.

Following Mr. Romanov’s lecture Professor Shabal organized a Q&A session, where various geopolitical projects in the Eurasian continent, the prospects for the SCO, and the current situation in Afghanistan were discussed.

Lectures were held for students of the MA Programme in Politics & Security within the framework of the module on Central Asia and Russia, taught by Dr. Nargiza Muratalieva. 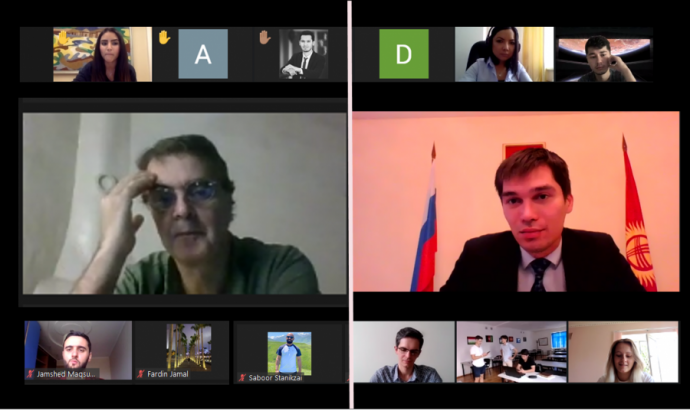