CALL FOR APPLICATIOPNS 2017 (In Russian only)


Central Asian school of contemporary journalism features the 10-week summer programme distinguish it from the other journalism schools offered in the region:

it is long, focused and regional (participants from CA states) and targets young professionals to help them adjust to fast changing media environment as well as employer's requirements.

First of all, the reporting on and analysis of ethnic conflict is the annual central print component of the course, secondly it is complemented by various issues covered during the combination of the print, radio, TV and online modules. Another and important thing is that our course developed for early career journalists to help them decrease the gap between university education and employer expectations and give them a holistic concept of the profession, where different media increasingly interact.
Central Asian Journalism Summer School builds on five years of the OSCE Academy experience of training for print media, while the DWA contributes with their expertise in radio, TV and online journalism. Started in 2010. From that point: 12 and 9 alumni, this year we plan to extend the number to 20 participants to enlarge the impact. At this time there were 5 classes and more than 50 graduates from all Central Asian countries except Turkmenistan 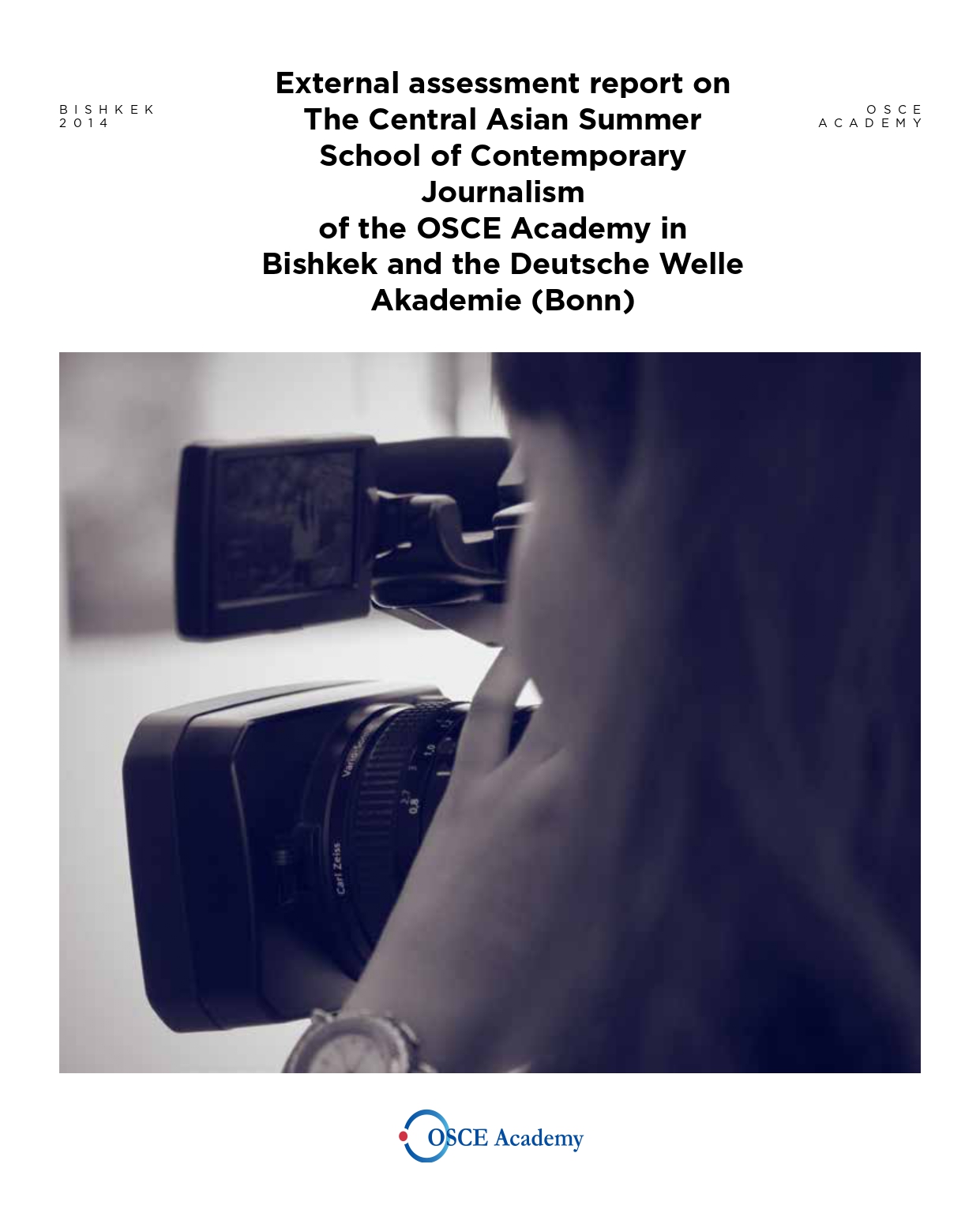 Report on Summer School of Contemporary Journalism, made by expert Elmira Toktogulova in 2014, is a definite analysis of the effectiveness of the program as a whole and, in addition, the slice of problems and prospects of the journalism market in general.

Works of participants of the programme 2016 can be found here.

Works of participants of the programme 2013 can be found here.

Works of participants of the programme 2011 can be found here.

Work by Umida Maniyazova (2010) can be found here.

Work by Asyl Osmonalieva (2010) can be found here.

Since 2004 the OSCE Academy and Media4Democracy with generous support of the Canadian Ministry of Foreign Affairs conducted five one-year journalism schools with more than 200 participants - representatives of all five Central Asian states. The overall objectives were to improve the quality of regional media coverage for the forthcoming parliamentary and strengthening professional media in Central Asia. Journalists and editors from Kazakhstan, Kyrgyzstan, Tajikistan and Uzbekistan were among the first participants of the training. Over the years training began to include journalists representing different media branches: Printing, TV and Radio broadcasting and online media.