On 5 June the first European Alumni Chapter Meeting organized by the OSCE Academy and the OSCE Programme Office in Bishkek was held at the OSCE Secretariat in Vienna, Austria. The meeting gathered nine alumni residing in Europe for the conference “Brain Drain or Brain Gain? Education, Migration and Development in Central Asia.” One of the main aims of the event was to facilitate exchange between OSCE delegations and Academy graduates, and acquaint all participating States and Partners for Co-operation with the Academy project.

The conference was opened by Ambassador Dr. Pierre von Arx, Chairperson of the Board of Trustees of the OSCE Academy and Head of the OSCE Programme Office in Bishkek, followed by welcoming messages from Luca Fratini, Deputy Permanent Representative of the Italian Chairmanship, and Dr. Indra Overland, Head of the Energy Programme of the Norwegian Institute of International Affairs. Dr. Alexander Wolters, Director of the OSCE Academy, introduced into the conference topic and moderated the first panel.

The presentations by the alumni were divided into two sections describing the personal experiences of alumni mobility and the phenomenon‘s implications on the Central Asian region. The presenters discussed the issue of brain drain and skilled labour migration from Central Asian countries to the West, as well as to Russia and to Japan. They explored possibilities to turn brain drain into a brain gain, and identified and discussed the causes that force bright minds and skilled workers to leave their home countries in Central Asia.

The presentations and discussions of the event will be summarized in a forthcoming publication within the Academy Paper Series. 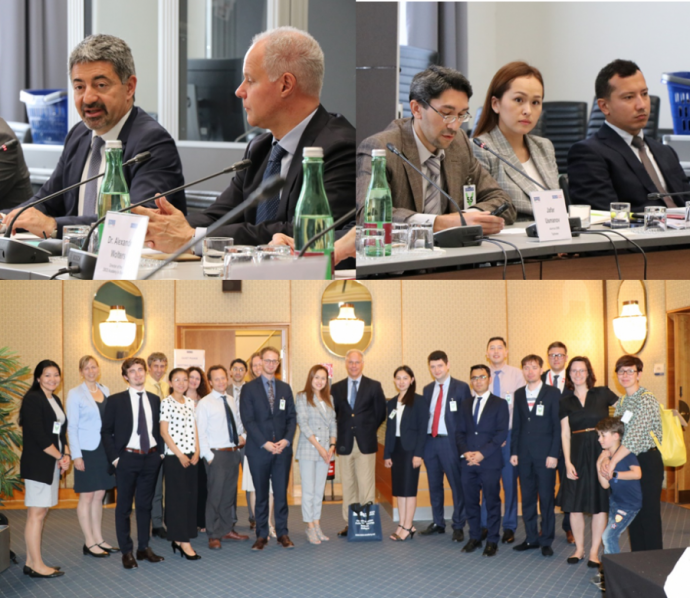